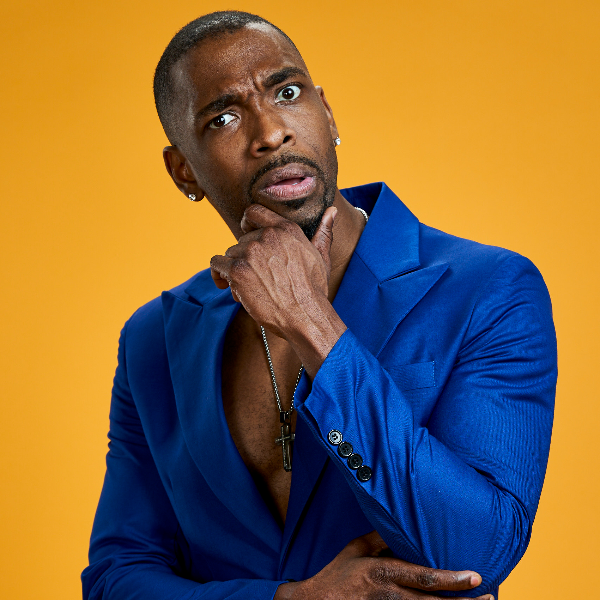 Actor and comedian Jay Pharoah is one of the industry's most highly-anticipated leading men.

Actor and comedian Jay Pharoah is one of the industry's most highly-anticipated leading men.

His upcoming slate of films includes Comedy Central’s OUT OF OFFICE, Catchlight Studios’ THE BLACKENING for Tim Story, the independent comedy MORT IN SHERMAN OAKS and Timothy Scott Bogart’s take on the history of Casablanca Records, SPINNING GOLD.

In the last year, Pharoah has starred in Netflix’s RESORT TO LOVE alongside Cristina Milian for producer Alicia Keys and in the Lionsgate thriller PRIVATE PROPERTY. The year prior, Pharoah co-starred opposite Harry Shum Jr. in Universal’s ALL MY LIFE, in Justin Simien’s critically acclaimed feature film BAD HAIR for Hulu, and in Lionsgate’s 2 MINUTES OF FAME for director Leslie Small.

On the small screen, Pharoah starred as “J.J. Evans” in ABC’s Emmy Award-winning Live in Front of a Studio Audience version of ALL IN THE FAMILY and GOOD TIMES. He currently hosts and produces the Nickelodeon hit gameshow UNFILTERED.

Best known for his his spot-on impressions, Pharoah spent six seasons as a cast member on NBC’s SATURDAY NIGHT LIVE. In 2017, he shifted to his first leading role as ‘Floyd Mooney’ in Showtime’s WHITE FAMOUS, which was executive produced by Academy Award-winner Jaime Foxx and inspired by Foxx’s real-life experiences.

In addition to acting and his stand-up, Jay released his first EP titled “Spittin Image” in August 2021. The tracks are a marriage between Jay’s spot-on impressions and his love of songwriting and rapping. All songs are written by Jay and produced by Andrew Hypes.

Pharoah continues to headline comedy clubs across the country throughout the year.