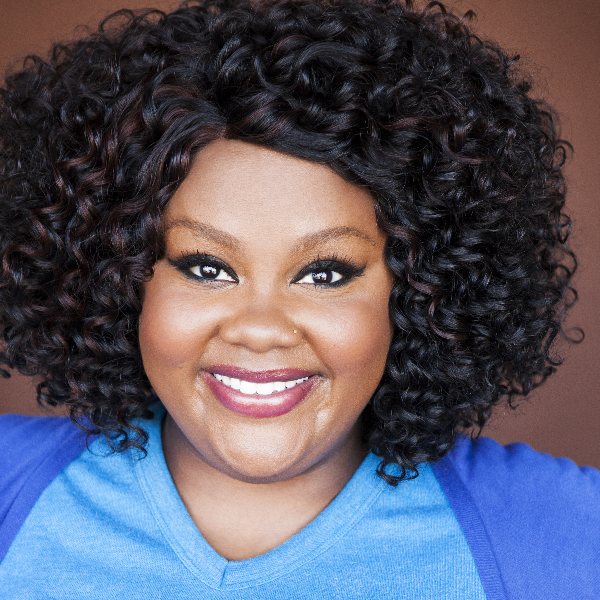 Nicole Byer is one of the most versatile voices in the comedy landscape today. An actress, comedian, writer, author and podcaster, she is perhaps most well-known as the host of Netflix’s Emmy nominated competition baking series Nailed It!, which has gained a cult following of viewers since its premiere on the streaming platform in 2018. In 2020, Nicole made history by becoming the first black woman ever to be nominated in the category of “Outstanding Host for A Reality or Competition Program.” Nicole can also be seen co-hosting TBS’ reboot of fan favorite Wipeout alongside John Cena. She also voices characters in the series Amazon’s Invincibles, TZGZ’s The Pole, and Adult Swim’s Tuca & Bertie. Nicole will also voice the role of Susie Carmichael’s mom, Lucy, in the upcoming reboot of Nickelodeon’s Rugrats on Paramount+. This Fall, she will star in NBC’s single camera comedy series Grand Crew. The show follows a group of Black friends who unpack the ups and downs of life and love at a wine bar. Nicole is also known for her standout appearances on MTV’s hit show Girl Code, a female-driven comedy series that opens the dialogue for the wonders and woes of womanhood.

Listeners can hear Nicole on five different podcasts, the fan-favorite being her popular weekly podcast Why Won’t You Date Me?, which sees her inviting friends and guests to discuss their dating lives all while trying to figure out her own. In 2021 the podcast moved under the TeamCoco banner and Nicole won the 2021 iHeart Radio Podcast award for best Female Host for the show. She also co-hosts Best Friends with Sasheer Zamata, Newcomers with Lauren Lapkus and 90 Day Bae with Marcy Jarreau. Her book, #VERYFAT #VERYBRAVE: The Fat Girl’s Guide to Being #Brave and Not a Dejected, Melancholy, Down-in-the-Dumps Weeping Fat Girl in a Bikini, was published by Andrews McMeel in June 2020. In it, she shares her impressive bikini collection, tips on learning how to embrace your body and her overall journey to becoming a #brave badass.

Nicole is an Upright Citizens Brigade alum who continues to cement her status as a force in standup by regularly performing in cities across the country. Previously, she received national attention for her web series Pursuit of Sexiness, which she co-created and starred in alongside friend and fellow comic Sasheer Zamata. The series followed the adventures of two broke, single, and adorably self-absorbed young women trying to find a good guy in New York City. Her additional film and television work includes Loosely Exactly Nicole, Mike and Dave Need Wedding Dates, Lady Dynamite, Party Over Here, BoJack Horseman, and 30 Rock.